The first foreign country I landed was the Kingdom of Tonga, a small developing country in the South Pacific.  I lived and worked there for two years.  Tonga was too different from Japan, and the locals saw me as a guy from an industrialized country rather than as a Japanese guy.  On the other hand, Canada is close enough to see the difference between Canadians and Japanese, and Canadians usually see me as a Japanese guy.  Some things that I thought was normal seem uncommon for Canadians; they find it Japanese style.  It’s good and bad; even when I do something very me, many Canadians say “wow, Japanese do bla bla bla“.  No, I did it because I am me!  But it is kind of understandable.  Japanese people generally do things differently.  Dedication to the details is one example, and it can be found in product design. 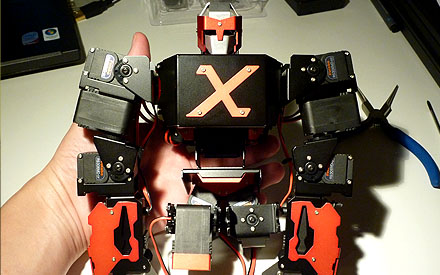 By the way, I did not know how to pronounce “robot” <róHbαt> correctly, because one of the 80s icons, “Mr. Roboto“, goes as we Japanese say robotto.