阿部真央 (Abe Mao), or “Abema”, is one of my most favorite Japanese singers. Her songs are very touching. She is young, and seems to feel same things that I felt when I was around her age. Now I’m old, but her singing touches me. One of her songs, 17歳の唄 (17 year old’s song) goes like this. (originally written in Japanese, and translated by me)

Something sad happened. In the same sky where I used to find cloud animals when I was little, I cannot find anything any more, any more.

A few days ago, I found something incredible in the sky. 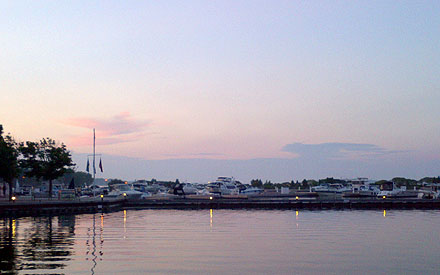 I don’t know how many people would agree, but to me, the clouds look like a red phoenix and a black tiger facing off. The phoenix is very impressive. I can see wings, an S-shape neck, a crest, and a gorgeous tail. I magnified and processed the image to make it clear.

In one way, I can say this is mother nature’s incredible creation. In another way, I can say I am still sensitive and perceptive. When I found the clouds, there ware many people, but I did not see anyone else who was looking at the sky. Good to know my heart is still younger than 17. By the way, one of other Abema’s sensitive songs is 19歳の唄 (19 year old’s song). I’m way older than 19, but this song touches me.

As I wrote in a previous post, I am looking for a job again. Probably I will do a non-design job again. Whether I am a professional designer or not, I want to retain the sensitivity and perception as a designer.